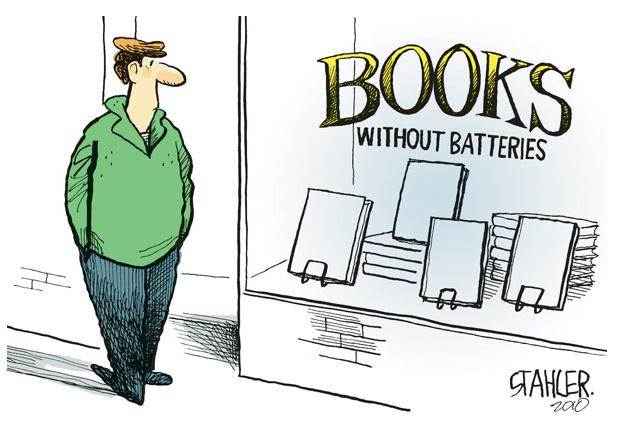 You will be quizzed every two weeks on Fridays when possible over the readings.  Give a definition, date if relevant, and three major facts for each term. If the term does not have a date, you should give four major facts. You will also be asked about these terms as part of routine questioning in class and your classroom preparedness can also be an extra credit factor in improving your final grade.

Reading for September 7th: Dunbabin, pages 1 to 17, and 269 to 290 noting such concepts and terms as where did mosaics get invented, the importance of Olynthos, terminus post quem, andron/andrones, pebble mosaic, terminus post quem, influence of textiles, Eretria, Pella, Vergina, Sosos of Pergamon, officina, emblema/plural emblemata, asarotos oikos, tessellarius, pictor and zographos, statumen, rudus, nucleus, tablinum, sinopie, . Critical thinking questions: what role did Greece play in the development of pebble mosaics, what are some of the developments towards realism of the mosaics as one goes later and later in time, are any actual artists known from the pebble mosaic period, how was a mosaic floor assembled and constructed from preliminaries to the finished product..

Reading for September 21st: Dunbabin,pages 18 to 52, noting the following: chip-mosaics, opus signinum, tesserae, terminus ante quem, Morgantina, Ganymede, Alexandria, asarotos oikos, Sosos, Pergamon, Delos, emblema, opus vermiculatum, trompe l'oeil, triclinium, labyrinth mosaic, House of the Faun Alexander Mosaic, Dioskourides of Samos,tablinum, Nile Mosaic of Praeneste, Isis. Critical thinking exercises: what is the difference between a terminus ante quem and a terminus post quem, how do mosaic floors develop during the Hellenistic Period and when is that period, who were some of the most famous ancient mosaicists, what was the significance of unswept floor mosaics, what influences does the Nile Mosaic of Praeneste reveal.

Reading for Oct. 5th in Dunbabin, pages 53 to 72 and 130 to 143, 254 to 268, 291-297 noting signina, crustae, cryptoporticus, emblema, opus sectile, cubiculum, triclinium, Villa of the Volusii Saturnini, insulae, Pompeii, Ostia Square of the Corporations, Mithraeum, Hadrian's Villa, Piazza Armerina. Critical thinking exercises: what are some of the geometric patterns used and how do they change over time, what are the characteristics of Roman imperial mosaics vs. Republic mosaics, are certain mosaics more suited to particular kinds of rooms in a Roman house.

Reading for Oct. 19thLing, Roman Painting, pages 1-51 noting Greek painting characteristics, Praeneste mosaics, Sosus, Francois Tomb of Vulci, Esquiline historical painting, characteristics of the First Style of Painting, August Mau, Delos, Masonry Style, orthostate, isodomic courses, use of perspective in First Style, procoeton, characteristics of the first phase of the Second Style, House of the Griffins in Rome, Villa of the Mysteries in Pompeii, Oplontis, Boscoreale, House of Augustus on the Palatine, Aula Isiaca, Villa Farnesina, characteristics of ceiling decoration. Critical thinking exercises: Can you tell the difference between 1st and 2nd style painting, what are the.differences among Phases 1a, 1b and 1c. and the difference between Second Style, Phase 2a and 2b,

Reading for November 15th in Ling, Roman Painting, pages 52- 85, noting characteristics of  the Third Style, candelabrum style, Boscotrecase, House of  Priest Amandus, First and Second Phase of the Third Style, House of Marcus Lucretius Fronto, Egyptianising trends, Porta Maggiore Basilica, ceiling decoration characteristics in third style, Fourth Style, Durchblicke vs. Vorhange, House of the Menander at Pompeii, scenographic decoration, House of the Vettii at Pompeii, Golden House of Nero in Rome, Tapetenmuster, all-over-subject paintings. Read also Ling, Roman painting pages 212- 220 noting Demetrius topographus, Greek ateliers, Studius, Famulus or Fabullus, painter wages, pictor imaginarius, pictor parietarius, workshops, pattern-books. Critical thinking exercises: Break down the 3rd and 4th style into their component parts and give an example of each sub-style and how it differs from the others, how does the House of the Vettii fit within the various styles discussed.

Reading for Nov. 30 thin Ling, Roman Painting, pages 85- 141, noting ceiling decoration in fourth style, Golden House of Nero, Fourth Style in the time of Vespasian, death of the fourth style, Villa of the Mysteries frieze, Boscoreale frieze, Odyssey Landscapes in Rome, Vitruvius, pinakes, panel-pictures, Farnesina villa, Boscotrecase, mythological landscapes, House of Marcus Lucretius Fronto, House of the Cithara Player, pattern-books, Roman copies of Greek originals, Achilles on Skyros in the House of the Dioscuri, pinacothecae, Medea, House of Gavius Rufus, , Zeuxis. Critical thinking exercises: How did the Romans decorate their ceilings, how did the Romans arrive at the subject matter they put on their walls, how closely did Roman painters copy Greek originals, what was the later 4th style like.

Reading for inclusion in final exam in Ling, Roman painting, pages 142-168 and 175-197 noting landscape painting, yellow frieze of the House of Livia, genre landscape, sacro-idyllic landscapes, Boscotrecase, Egyptianising influences, Villa of Livia at Primaporta, still life genre painting, portrait painting, theatrical painting, Isis, burlesques, cupids and psyches, characteristics of the middle empire of painting, Ostia, House of Jupiter and Ganymede in Ostia, painting in the late empire, catacombs, Saints Giovanni and Paolo in Rome- Roman house, Piazza Armerina. Read also page 221. Critical thinking exercises: What happens to Roman painting after the fall of Pompeii, how does later painting compare to earlier work, where would one find a large quantity of late antique painting, what are the characteristics of sacro-idyllic landscapes and when were they popular.