Lecture 19:  The Road to Surrealism and Dario Argento

A. Symbolists and Decadents- in France and Belgium ca. 1895

5. Gustave Moreau [view an image with two of Moreau's works: Salome and the Head of John the Baptist & Jupiter and Semele]

6. Fernand Khnopff  [view an image of Khnopff's The Caresses of the Sphinx, 1896]

1. Pessimism in a hopelessly insane world

2. Nihilism- all art is dead

Marcel Duchamp's Bicycle Wheel, based on his
1912 creation, known as a Ready-Made

C. Surrealism- fusion of Symbolism, Freud and Dada in the 1920s

4. André Breton and the Surrealist Manifesto of 1924

2. Synthetism- combine expressive qualities of line and color with simplified or exaggerated depiction of reality

B. America in the 1960s [view an image of 1960s pop icons The Beatles, Timothy Leary, and Alan Ginsberg]

2. Guru- Buddhism popular but why?

3. World beyond this world is better 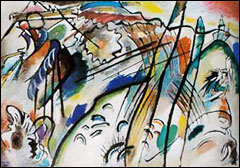 a. What is an object?

b. Is it still the object if it isn't used as such

5. Not an explosion of passion

a. A society that cares for the container not the substance

1. Mix of Pop Art and Surrealism 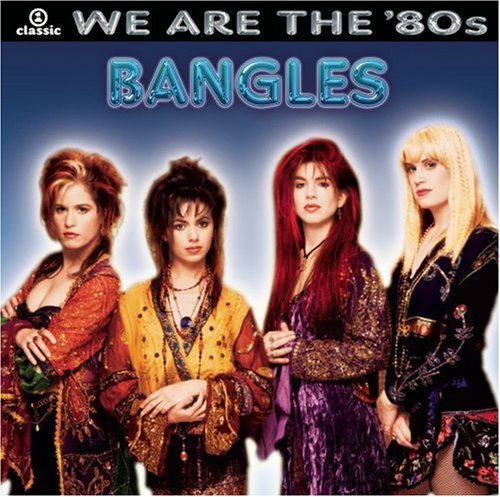 F. The Bangles- IN YOUR ROOM 1988- rock video [view image of the front cover]

Released at the height of the Vietnam War and the flower power movement, this charming cartoon could be seen as an allegory about the peace movement and its desire to overcome the dreaded Blue Meanies who might be Viet Cong or members of the military industrial complex in our own society, depending on your viewpoint. But most people just saw it as delightful escapism influenced by the popular art movements of the time.

In commercial art the Surrealism of Salvador Dali and the Belgian artist Rene Magritte was all the rage, allowing images that were fantastic and sometimes scatological or just childishly sexy to be viewed. Juxtaposition was key-- putting things next to each other which could never exist in the real world.

The highly saturated color schemes of Ellsworth Kelly and Jasper Johns and Andy Warhol are used throughout, with emphasis on hard edges and flatnessof surface even in the rendering of human figures. The flickering optical effects that dazzle and delight come from the influence of artists such as Bridget Riley and the movement of Op Art which was so big in the sixties. The Museum of Modern Art in New York had opened a show in 1965 called The Responsive Eye in which kinetic effects suggesting movement were featured. As certain colors and forms are arranged the eye is unable to focus on them and the canvas produces a hallucinatory vision of movement. Riley started doing these intense visual experiences in color about the time Yellow Submarine was being conceived and the pulsating optical effects in the film are markedly Riley-esque.

The age of peace and love reflected by the popularizing of Buddhist tenets by poets such as Alan Ginsberg can be seen as well as the influence of the sitar, instrument popularized by George Harrison after studying with India's Ravi Shankar and learning transcendental meditation from the Maharishi Yogi. For the Vietnam generation no matter whether you were a Hawk or a Dove about the war, Yellow Submarine was fun, a wonderful relic of the psychedelic age, of Surrealism, Op Art, Color-Field Painting and Comic Book Art.

The Beatles were heavily influenced by LSD trips and studies of eastern religion. Their lyrics which emphasize heightened senses, a state of Nirvana, unlikely combinations of words (yellow matter custard dripping from a dead dog's eye), the slipping and sliding of the music as if it is melting away as you listen, the Dada-like sense of anarchy in many lyrics, the ambiguities that result from a drug trip (Iam he as you are he as you are me and we are all together), the confusions of time and space, speeding up and slowing down reality. More than any other artists of this period, they put their stamp on an age as both trendsetters and followers of fashion.

The film was the brainchild of animator Heinz Edelman and Toronto based director George Dunning, an alumnus of television commercials. Listen carefully to the lyrics of the songs for hidden meanings and deliberate ambiguities. There are wonderful surreal turns of phrase that the Beatles are famous for. Over the years comments about "Eleanor Rigby keeping her face in a jar by the door" and "Lucy in the Sky with Diamonds" have stayed in my mind as lovely and evocative poetry.

1. Objects are alive and are all powerful in the universe

2. Objects secretly know and control the destinies of  humans

1. Definition- one situation's characteristics are found in another unrelated situation

a. Elaine hates when store merchants water the sidewalk with a hose

b. But the removal of the hose triggers comic tragedy for George who cannot put out a fire in his car

c. The restored presence of the hose leads to comic tragedy for Elaine who is caused by the hose to seem to be a woman of easy virtue

C. The Theme of Insanity

4. Constant references to craziness and insanity

1. The comedic universe is governed by its own laws

2. Edge of  Surrealism- universe that looks like our own but behaves differently

a. Massey was considered the most distinguished actor in Hollywood

b. Oswald Cabal, leader of the future world; Abraham Lincoln

c. Kramer is an idiot

a. Mantle coat draped over shoulders, and affectatious pipe

b. French pantomimist and Surreal filmmaker of 1950s and 1960s

If time permits in this class (and it usually doesn't) I add a film showing to the course of my documentary movie FORGOTTEN LIVES. For the final examination, if we show the film, you should be able to provide information on the following individuals featured in the film: Fred Stone, Heinrich Schliemann, Frank Calvert, and Annette Kellerman. Check with your GAT or Dr. Soren if you are in doubt about this material being included.